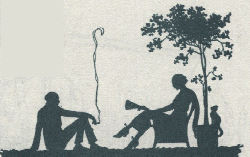 Taiwanese news media praised his achievement, noting that his marriage might be a source of inspiration for his many touching romance films. Lee met his wife, Jane Lin, while studying at the University of Illinois and married her five years later in New York. Lin endured the director’s six years without a job after he graduated from New York University in 1984. Lin said she did not support him, just let him alone.